The King's Affair Explodes into the Public Domain 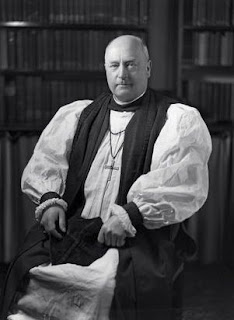 The British press had been loyally observing a self-imposed silence on the King's relationship with Mrs. Simpson since the beginning. This had started as the universally observed discretion over the private lives of the Royal family practised in those days, but this had become de facto a tool to give the government and the King to settle the problem in discreet silence. At the outset, this had been done with the best of intentions, but as the crisis between King and government escalated, it had created a worryingly volatile situation. Knowledge of the difficulty was becoming so widespread that it was inevitable that silence would break, but the consequences were quite unpredictable.

Bishop blunt's speech calling on the King to show awareness of spiritual matters provided a convenient pretext for increasingly restive newspapers to bring the matter into the open. It was two major provincial papers, The Yorkshire Post and the Birmingham Post who published leading articles implying that Blunt's target had been the King's personal life. The substance of the articles mattered little, though, what mattered was that the crisis was now public property. Even if the direr fears of unrest entertained by some in government were wildly exaggerated, there was now outside pressure to find a solution.