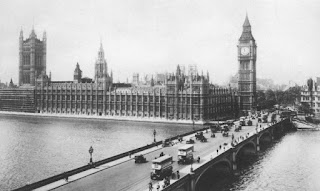 The government finally made something in the nature of a firm statement of what was happening in the Royal crisis just before the House rose at 4pm. Things were clearly developing as only the morning Baldwin had repeated his bland and uninformative holding statement. What he said to Parliament killed off any thought that a morganatic marriage, which had been discussed in the press, might provide a way out of the difficulty.

The statement was cold, uncompromising and decidedly lawyerly in tone. There was no hint that the proposition might have been subjected to any consideration. The woman whom the King married became Queen; there was no other  possibility. Baldwin  did not say openly that Mrs. Simpson was unacceptable as Queen, but there could be little doubt of it. Baldwin had gone a long way to saying that the King had to choose between his throne and Mrs. Simpson.