Chamberlain Comes to Bury Baldwin and not to Praise him 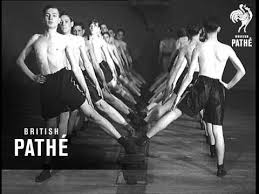 Neville Chamberlain, the Chancellor of the Exchequer, made the keynote speech at the Conservative party conference in Margate rather than the Prime Minister Stanley Baldwin, who was still absent on a prolonged holiday, which he had taken on medical advice. This sent a clear signal that Chamberlain would replace Baldwin before too long. Chamberlain’s claim that “The time happily not yet arrived to make a final appraisement of Mr. Baldwin’s long and eminent service to his party and to his country” meant, of course, precisely the opposite, with  clear hint that the appraisement was unlikely to be overly favourable.

On the key question of military spending Chamberlain insisted no unnecessary expenditure was undertaken and was remarkably frank on his goals: a Navy large enough to defend Britain’s lines of communication, a tiny but well equipped army and a strong air force, but one that served as a deterrent and not as a means of aggression. The incoherence of Labour party military policy, which he cheerfully underlined, made this all seem positively statesmanlike. Chamberlain adroitly and approvingly placed responsibility for the policy of non-intervention in Spain on the shoulders  The most striking passage in his speech was a plea for a concerted national programme to improve the physical condition of British youth, partly inspired by the parade of immaculate Aryans at the  Berlin Olympics.