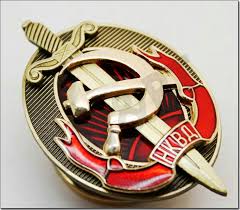 Standards were rather different in 1936. An aircraft draughtsman convicted of espionage – supplying performance figures for military aircraft to a foreign power - was bound over to keep the peace for two years and no worse. The trial of Eric Camp was held in camera so no further details became public, including the fact that his paymaster was not, as most would have suspected, Nazi Germany, but the Soviet Union. Camps was a Communist.

Camp took advantage of his non-custodial sentence to go to Spain as a volunteer on the Republican side. He was no greater success as a soldier than a spy. Camps rapidly made himself unpopular with his comrades, by stealing cigarettes amongst other delinquencies.  His instructor believed he might be mentally unstable to the point of deserving to be expelled from the Party. He deserted.