End to Strike in Palestine but not to Unrest 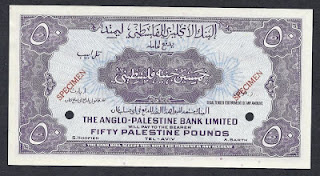 An end was finally called to the general strike by Arab Palestinians. The decisive factor were direct appeals by the Kings of Saudi Arabia and Iraq, the Imam of Yemen and the Emir of Transjordan to the Higher Arab Committee. The strike had failed to make an impact on the British and was becoming economically painful.

Tension was far from over. None of the long term grievances had been solved. Full scale armed attacks on British forces continued unabated.