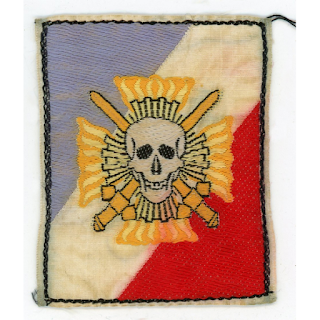 Legal bans on objectionable political movements have proved down the ages to be almost invariably futile. The Front Populaire had banned Colonel de la Roque’s  Croix de Feu movement in June, but he had simply set up the Parti Social Français to continue its work. The Croix de Feu began as an ex-servicemen’s association and it certainly displayed extreme right wing tendencies; its death's head emblem was to say the least ill-chosen, but it remains hotly debated as to how much it was proto-Fascist. It was vigorously nationalistic and thus did not indulge in the same ambiguous relationship with Nazism and Italian Fascism observed in the far right of other countries. Its potential threat to the government lay more in the kind of street action it had promoted in February 1934, when demonstrations and massive riots triggered by a huge financial scandal involving many established politicians , almost brought down the government.

The offices of the Parti Social Français and the private houses of Colonel de la Roque and other leaders were raided and documents seized. A German dagger bearing a Swastika appears to have been the only vaguely compromising object found. The confiscated membership lists merely offered utterly unsurprising proof that the Parti Social Français was only the  Croix de Feu under another name. The Colonel took full advantage to class a legal charge against him with the noine wound stripes that he had received in the Great War. It is hard to escape the conclusion that the whole thing was a feeble stunt to distract attention from the Front Populaire’s other woes and bolster its left-wing credentials in the face of Communist militancy.