Germany's "Place in the Sun" 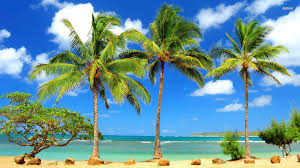 In a speech at Berlin’s Sportpalast to assembled Nazi dignitaries Herman Goering coined a phrase that was to echo down the years in the course of an impassioned plea for Germany to attain self-sufficiency in raw materials. This would reverse the theft of Germany’s colonies by Britain. The world – Britain to the fore of course – grudged Germany her “place in the sun”. The fiction that Nazi Germany was remotely interested in colonies was to dog British notions of how to deal with Hitler almost until war broke out.

He blended self-pity with aggression. Germany was asked to pay for raw materials with gold, but the British had stolen her gold. The German housewife would wisely forego scarce meat in favour of plentiful fish. The whaling fleet would be strengthened to bolster the supply of fats. Synthetic materials would be used for clothes and rubber. German coal was already being transformed into fuel. There was no limit to what German industrialists and workers could achieve.