Back from the Brink in South Wales Pit Dispute 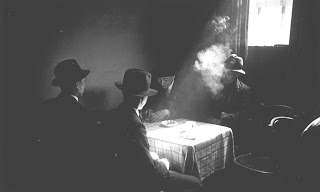 The threat of what might have become a bitter and widespread strike in the South Wales coalmines receded dramatically in circumstances as obscure as those that had triggered it. The main target of the miners' wrath, maverick mine-owner Sir Samuel Instone, agreed to meet the miners for talks under a "neutral chairman". The union withdrew strike notices that would have brought the whole region to a standstill. This marked the start of nearly forty years of industrial peace in a sector that had seen almost continuous disputes for a generation.

Talks between Instone's Bedwas Colliery Company  and the miners' Federation were announced under the chairmanship of a little known figure who acted as Deputy Umpire in Unemployment Insurance Act cases. The union seemed to secured some kind of agreement to abolish compulsory wage deductions to pay subscriptions to the employers' tame union. At root Instone's competitors had little appetite for the kind of radical reshaping of industry practices that he championed, but whether they merely held back support from him or actively promoted a compromise remains unknown.