King's Holiday Draws to a Close on a Serious Note 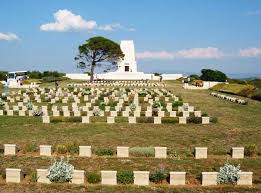 The King’s holiday cruise aboard the Nahlin took a decidedly serious turn as it neared its end, combining diplomacy honouring the Commonwealth dead of the First World War. The King’s first engagement on entering Turkish waters was to pay his respects at the numerous monuments and war cemeteries on and around the Gallipoli Peninsula, site of one of the wars’ bloodiest and most futile campaigns. The King’s empathy with British servicemen was entirely genuine and this was one of the few ceremonial duties that he undertook willingly.

The King’s visit to the Turkish ruler, Kemal Ataturk, was heavy with political significance. It was the first visit to Turkey by a British sovereign ever and marked a large degree of reconciliation between the two countries since the countries had come close to war again in 1922. With little hope of friendship with Italy and Spain in chaos, Turkey was an ever-more important player in the balance of power in the Mediterranean. The King’s personal popularity made for an enthusiastic reception.