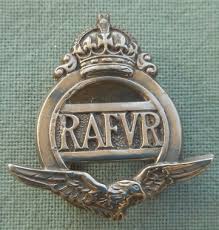 The Air Minister Lord Swinton made a powerful call for men to come forward to join the RAF Volunteer Reserve that had been created earlier in the year. Britain had a vital role to play in maintaining peace and protecting the Empire and its air force was a key tool in this task.

Recruitment of pilots for the regular RAF had been stepped up to almost 1,000 per year, but more would be need. The RAFVR aimed to train men at men at weekends rather than demanding long absences from their work. The comparatively simple aircraft of the day could be operated with far less training than a modern machine. In some ways the RAFVR was the manpower counterpart of the shadow factory scheme for aircraft production: an exercise in long-term preparation that might not have been immediately eye-catching, bu which proved its worth when the time came. When war broke out the RAFVR numbered 10,000 aircrew, two-thirds of them pilots.