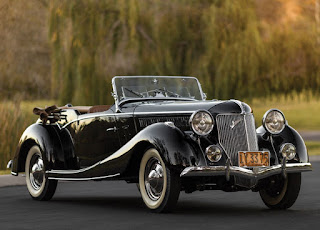 The King’s younger brother the Duke of York, accompanied by his wife Elizabeth, opened the new wing of the Infirmary at Aberdeen. His elder brother now the King had laid the foundation stone as Prince of Wales and it had originally been anticipated that he would perform the opening ceremony, but the plan had been changed, ostensibly because of Court mourning for George V. In reality the King was occupied driving himself personally to Aberdeen railway station to collect some of his guests at Balmoral Castle. This was noted acidly in Scottish newspapers with a clear hint at the offence that the King was causing. The local Aberdeen paper suggested strongly that the King had hoped not to be recognised at the station.

The offence was all the greater and all the more blatant as the guests collected included Mrs. Simpson. The King had already departed from established practice by inviting the friends of his Fort Belvedere set to Balmoral, rather than the great and good of the land. Whilst the press kept their silence on the full details of his relationship with Mrs. Simpson, the scandal was as practically in the public domain at least north of the border. To add insult to injury the King drove an American car to the fury of British motor maker, Lord Nuffield.