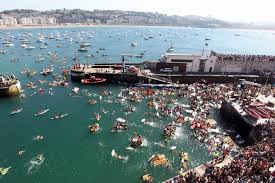 After the fall of Irun to the rebels, the abandonment of San Sebastian, on the frontier with France, was practically inevitable. Compared to the savage fighting in Irun, there was little bloodshed or destruction. The majority of the defenders fled quietly by boat to Bilbao, which was to become one of the centres of the Republican cause in the Basque country.

The attackers had given the defenders 48 hours to yield. By the standards of the Spanish Civil War, it all passed off quite gently. In the south of Spain Colonel Yaguë, infamous for the slaughter at Badajoz, was keeping up his record with 360 Republican fatalities in an attack near Talavera.