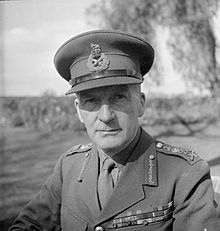 The Colonial Office announced that, in effect, the troubles in Palestine were to be treated as a purely military issue. The statement observed that even a Royal Commission had not been sufficient. Acknowledging the attempts by the Emir of Jordan and the King of Saudi Arabia to bring peace, the Colonial Office practically admitted that the disorders were so persistent that conciliation was no longer a realistic option.

Another Army division was being sent to the area and Lt.-Gen. John Dill was appointed as overall commander. The British government directed a nod at the legal basis for its presence in Palestine and insisted that it had to fulfill the terms of the League of Nations Mandate under which it ruled. The Mandate gave it responsibility for the welfare of the whole population, which it intended to discharge towards both sections of the population impartially. In practice ths meant that it would defend the Jews against the Arabs.