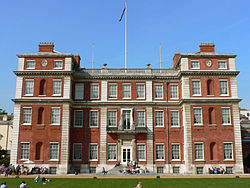 
Queen Mary together with her daughter, the Princess Royal, visited Marlborough House. They were inspecting her new home. It had been prepared for the Prince of Wales in 1927 but he had never lived there. His mother would soon move in for the rest of her life now that she had lost her husband. She attached great importance to Edward VIII moving into Buckingham Palace and was anxious to hasten the process. To her and to many at the Court it was of vital symbolic importance that the Sovereign should live there. It was a move that he was reluctant to make. He did not like its gloominess and it symbolized everything that he disliked in the formal, constricting world of the Royal Court.