Sir Austen Chamberlain picked the first day of a major Parliamentary debate on foreign affairs to deliver a severe blow to the government's policies on defence and diplomacy in a speech in his family's political heartland of Birmingham. Britain, he said, had delayed rearmament. Her diplomatic credibility had been weakened because every other country knew that her defences had been neglected. Brain's traditional control of the seas was no longer sufficient to defend the country. The people of Britain required not just a clear statement of what the government's foreign policy was but an assurance that the question of rearmament was being properly addressed. By implication Baldwin's attempt to muddle through and vaguely trust to the League of Nations was no longer viable.

He had left office five years before but he still spoke with immense authority, particularly on foreign affairs. The scion of the great political dynasty whose name he bore, he had held top level office for many years. Above all, as Foreign Secretary he had helped negotiate the Locarno Treaty in 1925 which was generally felt to have given Europe the diplomatic stability that the Versailles Treaty had failed to. He had been awarded the Nobel Peace Prize and the Knighthood of the Garter, a unique double honour. Coming on top of the fiasco of the Hoare-Laval pact, Chamberlain's criticism meant that Baldwin was in deep trouble on foreign affairs. 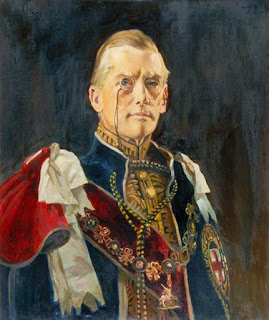