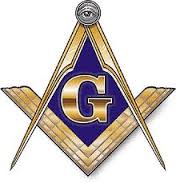 
A former Lord Mayor of London, Sir Maurice Jenks, came to J. C. C. Davidson, one of the Prime Minister's most intimate cronies with a disturbing tale concerning Wallis Simpson, the woman widely believed to be the King's mistress, and her husband. Jenks had already tangled with Simpson the previous year in his capacity as president of a prestigious Masonic Lodge in the City of London of which the then Prince of Wales was a member. The Prince had tried to obtain membership of the Lodge for Simpson, which Jenks had resisted on the double grounds that it would appear as a favour to a complaisant husband, whose interests were purely commercial. Only by giving a Masonic oath that his relationship with Mrs. Simpson was innocent did the Prince achieve his goal.

Jenks told Davidson that Simpson had claimed to him that the new King wanted to marry his wife and that he was prepared to step aside to facilitate this. He would also like to discuss this directly with the Prime Minister. It was most sordid and Davidson felt that, "Blackmail sticks out at every stage." Unsurprisingly Baldwin declined emphatically to speak to Simpson and the idea of the King wishing to marry Mrs. Simpson was dismissed.