The Spanish government dismissed General Francisco Franco as chief of the army general staff and posted him to the Canary Isles. He was one of a number of of generals demoted because they were suspected of hostility to the Republic. Franco was a traditionalist army officer, who had never reconciled himself to the fall of the monarchy. More importantly, he was instrumental in deploying non-Spanish national units against striking Asturian miners in 1934.

Inevitably the Foreign Legion and Moroccan levies had defeated the striking miners, killing several hundreds. Franco contrived to label the strikers as less Spanish  than his troops in "a frontier war and its fronts are socialism, communism and whatever attacks civilization in order to replace it with barbarism." 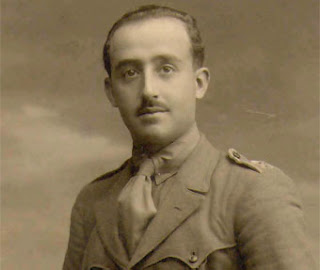