The Voice Of Isolationism Speaks


One of the US's most prominent politicians took advantage of George Washington's birthday to remind Europeans just how strong isolationist sentiment was. It was a view he advocated strongly and it was to be major part of his platform when he sought (unsuceesfully) the Republic nomination to fight President Roosevelt in the autumn.

He denounced the "insidious wiles of foreign influences." Britain was a particular target. It had failed to oppose Japan's invasion of Manchuria, where its interest were not at stake, but had opposed Italy's invasion of Abyssinia, where they were. He ignored the feebleness of Britain's action and its minimal interests. He denied vehemently that US neutrality was in any way prejudicial to world peace. 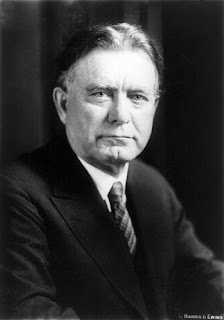