The King Imposes His Stamp On Men's Hosiery


The King's visit to the British Industries Fair was starting to pay dividends for some of the exhibitors, whose stands he had visited, notably in the clothing industry. He had gently hinted to the makers of neckties that the fact that the Royal Court was still wearing black ties in mourning for his father did not impose a duty on ordinary members of the public to follow suit. Exhibitors switched away from greys and blacks to brighter colours and enjoyed a surge in demand.

The King also struck a blow against sartorial conservatism when he endorsed elastic-topped socks, saying he had worn them for years. The established fashion had been to depend on suspenders (garters) worn on each leg to hold socks up. (The author of this blog can remember his own father wearing such things as recently as the 1960s). Orders for the new technology poured in. 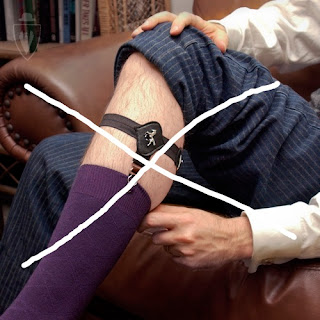