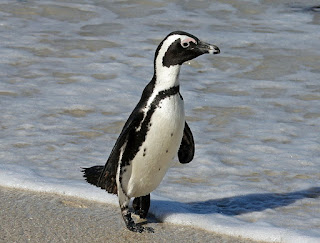 
Chessington Zoo was awarded damages of £50 for a libel by Lady Waechter De Grimston who had written to the R.S.P.C.A. complaining  that its penguins were kept in filthy conditions with no protection from the sun. In her letter to the R.S.P.C.A. she stated that the birds were gasping from heat. The day on which she visited the zoo was exceptionally hot.

She wrote in the belief that all penguins lived amidst snow and ice such as the ones she had seen in films whilst Chessington's were African penguins from South Africa and used to a climate similar to England's. Anyone who has visited a penguin rookery will also attest that their sense of personal hygiene is not high. Awarding damages against her Mr. Justice Finlay said it was a pity she knew little about penguins as it might be rather rash to talk about them unless one knew something more.