Ancestor Of The Gatwick Gusher 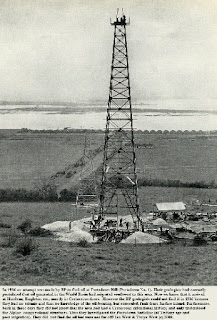 Oil exploration came to the peaceful south of England in the form of an exploratory well being drilled near Worthing by the D'Arcy Exploration Company, a subsidiary of the Anglo-Iranian Oil Company, today known as BP. It used conventional technology. There was no sign of protest from local people.

It proved a fruitless venture but many years later commercially viable deposits were found at Horndean. This field is today operated by UK Oil and Gas, a quoted company which makes much of the potential for massive extraction of shale gas in the area of Gatwick airport.