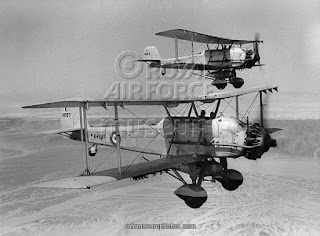 The unrest in Palestine was coming dangerously close to a state of outright war. 70 or so Arab insurgents ambushed a convoy headed towards Tel Aviv with an escort from Scottish regiments of the British army. Fighting was intense and prolonged enough for RAF aircraft to be brought into action, flying low enough to use their machine guns.

The attackers retreated, leaving at lest ten dead. The British suffered two dead and three wounded Three of the RAF aircraft were holed by bullets. After the fighting had ended aircraft evacuated the seriously injured.