Plea For British Solidarity With France 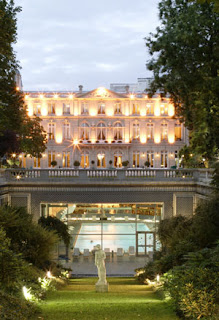 Duff Cooper, the war minister, made a speech at the Cercle Interallie club in Paris that once again showed him willing to take a rather different line on Britain's Continental policy  than a good number of his colleagues, notably Neville Chamberlain. The Union Interallie had been founded in 1917 when the USA entered the war against Germany and was thus charged with symbolism. He said that the friendship between between France and Britain was not a matter of sentiment, but one of life and death. It was clearly a call for solidarity against the challenge of Nazi Germany and, to a lesser extent, Fascist Italy.

Duff Cooper spoke in fluent French and his speech was praised by Camille Chautemps, the Minister of State replying on behalf of the French government. He remarked that he and the other listeners "could often understand between the lines" in a clear sign that the diplomatic significance of what Duff Cooper said had been fully appreciated.