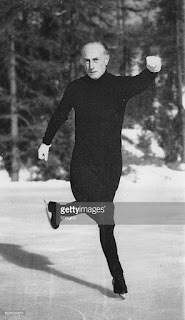 As had been widely expected Sir Samuel Hoare returned to the Cabinet after an absence of about six months. He had resigned as Foreign Secretary the previous December following public outrage at the leaking of what came to be called the Hoare-Laval agreement under which Britain and France were to acquiesce in Italy's invasion of Abyssinia. France was more concerned to keep Mussolini out of the arms of Germany than anything else. Hoare had  manifestly been no more than a scapegoat who had (temporarily) been sacrificed to protect the government. Whilst out of office he had devoted a certain amount of effort to cultivating the King and, more important, Mrs. Simpson.

He became First Lord of the Admiralty to replace Lord Monsell, who had long wanted to retire. The Prime Minister Baldwin was still grateful for Hoare's work over the India Bill which had required delicate parliamentary manoeuvres to steer through opposition from die-hard Conservatives. Otherwise Hoare was widely distrusted by fellow politicians and the public. He was seen as an opportunist with no particular principles. By an unfortunate stroke of chance there was a popular card game in those years called "Slippery Sam" which inevitably became his nickname. His fondness for winter sports was also a gift to phrase-makers and cartoonists.