The RAF Line-up For The Battle Of Britain Takes Shape 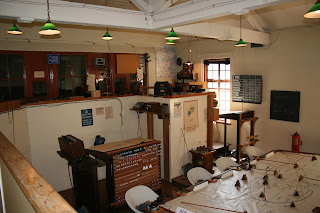 Two major pieces in the combination of forces that won the Battle of Britain in 1940 were taking the shape. More obviously, the Vickers Supermarine Spitfire made its first high profile public outing in a demonstration of the company's six military aircraft. The Spitfire's vaunted high performance made it undoubtedly the star although an oil leak curtailed its display. The other aircraft presented showed how far the RAF had still to travel. Only two gave useful service in the war although the Wellington bomber  was soon outclassed and the Walrus flying boat was a solid low performance workhorse rather than a combat machine.

Splitting the RAF into separate commands for different missions was arguably a more crucial contribution. Establishing Fighter Command as a separate entity allowed air defence to escape partly from the mantra that bombing was the sole raison d'etre of air power and a war winner in its own right, which dominated the thinking of the RAF's high command. But for this status it is debatable whether Fighter Command's first commander, Hugh Dowding, would have been able to shape the integrated command and control system that gave the RAF the vital edge which allowed it to deploy its resources effectively or keep the Spitfire squadrons out of the doomed Battle for France.