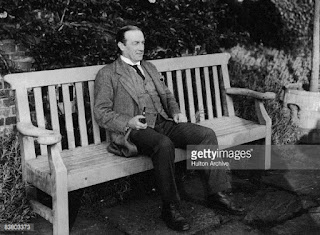 The strains of the previous few months were beginning to tell on Prime Minister, Stanley Baldwin. Under a facade of bluff insouciance, he agonized over decisions. His camouflage was so successful that many of his colleagues thought that it was mere idleness that made him defer decisions, and not an acute awareness of the damage that a wrong decision could cause. On top of the Abyssinia and Rhineland crises, he had had to cope with the Budget leaks affair.

In the usual way, he had gone to his official country retreat, Chequers, for the week-end, but late in the evening there came a surprise statement that he would now remain their for "a few days" of rest. In reality he was close to a nervous breakdown. The Home Secretary would handle his Parliamentary questions and the Lord Privy Seal would chair the Cabinet.