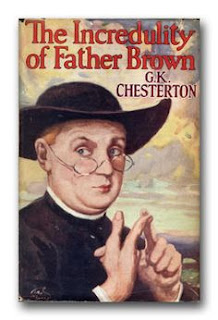 It had not been a good year for famous British writers. Rudyard Kipling and A. E. Housman had already died earlier in the year and they were joined by G. K. Chesteron at the early age of 62. The passing of all three rather left the flavour of the passing of an era. In quite different ways they were all acutely aware of transience and they all mourned things that had disappeared or were disappearing. They seemed to belong to the world that had vanished in the Great War.

Chesteron was in some ways the most eccentrically nostalgic of the three. His fervent Catholicism was informed by a vision of an imaginary perfect mediaeval Christianity. Some of his writing notably the novel The Man Who Was Thursday presents contemporary democracy in an unflattering light. His heyday had been the classic period of the Edwardian literary world and his post-war writing had not had the same impact although he had turned to broadcasting on the radio in 1931 and had been very well received.