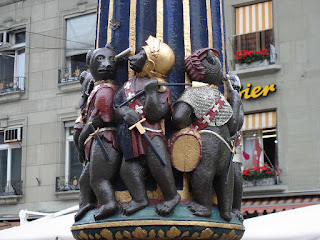 Anybody who might have been in any doubt as to extent of European diplomatic tensions need only to have looked towards Switzerland to understand just how acute the situation was. The Swiss government voted to spend an unprecedented sum equivalent to £15m on defence. This was treble even the exceptional spending of the previous year. It would be financed by a loan at 2%, low by the standards of other countries but burdensome for a country with only four million inhabitants and normally minimal central government spending. Trade unions and some Socialists who had opposed heavy spending the year before had come around to supporting the government. Only a small hardcore of Socialists ans Communists voted against the new measures.

More than two thirds of the money was to be spent on fixed fortifications and expanding the air force. There was no pretence that the measures were intended to deal with anyone but Germany. Unlike Austria where Fascism remained powerful, Switzerland's pro-Nazi movement had lost much steam. Switzerland remained firmly committed to its centuries policy of neutrality and a German invasion would face serious resistance.