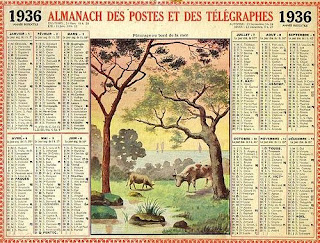 The labour legislation proposed by Leon Blum's left wing government in France was bound to face opposition in the upper house, the Senate, which had an inbuilt conservative majority.  Its members, though, were aware that the outright opposition of the Senate or at least a thorough reform of its powers featured in the programme of the Front Populaire. The senators appear to have decided that discretion was the better part of valour.

The Trade Committee of the Senate approved the three main labour measures after some discussion: paid holidays, collective labour contracts and the 40-hour week. The last was the most contentious but Blum offer a faint concession in the shape of suggesting that this might be averaged over a three month period. Plus ca change.