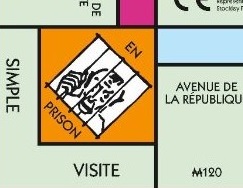 The  new left wing government in France set about preparing the ground for the defence of the Franc against speculation with a package of measures covering policy from high to low included in four separate bills presented to the Senate. Spreading false rumours which hurt the currency or the value of bonds was to be a criminal offence punishable by imprisonment. This was similar to a bill passed in Switzerland with the same intention: a reminder that once upon a time it was necessary to hold the Swiss Franc up rather than to drive it down. Declaration of foreign bank accounts was made mandatory. The next two bills gave the government power to operate by decree. It was to be allowed to alter the statutes of the Bank of France at will; civil servants would represent the government on the Bank's ruling body. Treasury accounts were also to be reformed by decree.

Interest rates were but by one percent to 5% in a move widely expected in financial circles. The stock market continued to rise suggesting that the worst immediate fears provoked by the change of government were ebbing.