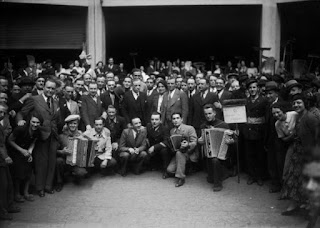 A wave of strikes broke out at the hotels on the French Riviera. It came on top of strikes by transport workers and guests were soon left without any service at all. It was amongst the last waves of industrial unrest, ushered in by change of government to the Left wing Front Populaire. It was all the more worrying, as the Riviera was hardly an established hot-bed of socialist agitation.

It brought home to the many British visitors, actual and potential, to such a beloved resort area just how unstable the country had become. Amongst the British people planning to holiday there that summer was none other than the King himself. It was not a prospect that appealed to the Foreign Office.