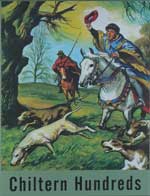 A line was drawn under the affair of the Budget leaks. The judicial Tribunal had reported that there had indeed been unauthorized advance disclosure of the tax increases and that Jimmy Thomas was to blame. The evidence of which it ruled would probably not have stood up in a court of law had the men been on trial for criminal offences but under any common-sense reading of the events they were guilty. There was no innocent explanation. It was practically inevitable that the two M.P.s involved would have to resign their seats. Their statements to the House would decide how they would be judged.

Jimmy Thomas went first. He had already resigned from the Cabinet and was in despair. He was close to tears throughout his statement and broke down afterwards. What he did was the product of naive stupidity rather than cynical greed. It seems that he simply failed to understand that passing insider tips on to his mates was unacceptable and his claim that he had not "knowingly" disclosed anything reflected this. He was a popular figure (except amongst his former Labour front bench colleagues) and he was met with considerable sympathy for someone who had destroyed his own political career. Sir Alfred Butt's resignation statement was less impressive in every respect. His complaint that the Attorney General had declined to prosecute, which would have subjected the evidence against him to a far more severe test, sounded merely like a peevishness at having to pay the penalty for being caught out. He had also undeniably made a lot of money on dealing ahead of the Budget.