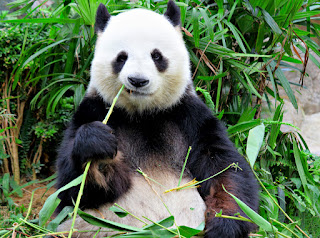 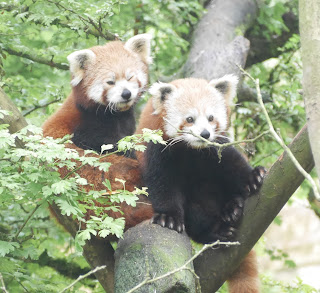 One of Britain's leading zoologists, Captain Guy Dollman of the Natural History Museum addressed the Royal Society.  He was an authority on the smaller mammals and gave his name to Dollman's tree mouse as well as helping to classify almost countless different types of shrew, but that night he was there to explain to members the true facts about both types of pandas.

Above all, we wanted to remove any misapprehension that either was a kind of bear although he admitted that the giant panda was very bear-like and 99 people out of 100 would think it was one. Its teeth, face and colour markings made it clear that it was a quite different species. The colour pattern was the factor that made it most clear that the giant panda and the panda (today usually called red panda) had a common descent. For all his scientific rigour, Dollman was fully alert to the animals' visual appeal.

The author makes no apology for featuring a photo of red pandas for the second time in a fortnight.