Baby Step toward Independence for Egypt 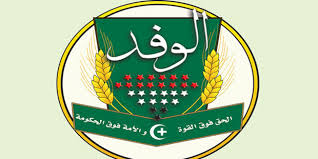 Local negotiators in Egypt finally concluded the details of a new treaty with Britain. De facto Britain had ruled Egypt since 1882, first under the very nominal suzerainty of the Ottoman Empire and, since 1922,  under a more-or-less sham arrangement under which Egypt was formally an independent monarchy, but Britain maintained a military occupation and enjoyed a series of specific privileges. Britain's key goal was to protect its use of the Suez Canal, the principal route to and from India and it had little colonial ambition for the rest of the country.

Rising nationalism led by the Wafd party had prompted the renegotiation. The new treaty committed Britain to withdraw from everywhere but the Canal Zone by 1949. It also removed judicial immunity from British troops. The agreement was greeted with immense, and quite premature, celebration as a harbinger of proper independence.