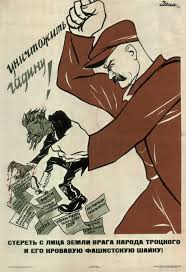 One of the chief motivations for the recent show trial in Moscow became clear when the Soviet government formally sought the expulsion of Leon Trotsky from Norway, where he had been in exile since the previous year following his expulsion from France. It repeated the accusations made in court, notably that Trotsky had plotted the murder of Stalin and the other Soviet leaders from the safety of Norway. The note stopped short of demanding Trotsky’s extradition to the Soviet Union; even Stalin’s Russia had a sense of what was plausible and what was implausible.

The Norwegian government was at best a reluctant host to Trotsky and was considering holding him in close confinement in a military fortress. Ultimately it bowed to Soviet pressure and sent Trotsky to Mexico later that year, where he lived until his murder by the NKVD in 1940.