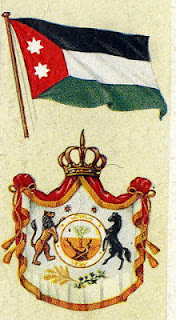 Martial Law was withdrawn in the Middle Euphrates area of Iraq as the British backed authorities suppressed a revolt by local Shia, inevitably referred to in the British media as "tribesmen". Britain had been given control of Iraq under the Versailles agreements after the First World War, nominally under a mandate from the League of Nations. The British-installed Hashemite monarchy was generally seen as Sunni and enjoyed little popular support. The Hashemites had little historical connection with the region and their promotion might be seen as a consolation prize for the failure to deliver on the grander promises made to them when they were being courted as allies against the Turks during the First World War.

Baghdad had greatly restricted the celebration of the key Shia festival of Muharram. Together with the threatened revival of conscription, which had been a great burden under Turkish rule, and a botched irrigation scheme, this triggered an uprising, which was put down with comparative ease by British army and air force units.