Spanish Republicans Soon at War with Each Other 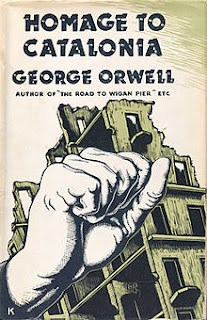 One of the grimmest aspects of the Spanish Civil War and a significant factor in the fatal weakness of the Republican side were the savage internecine quarrels amongst its supporters. These were at their most acute in Catalonia, where rival extreme left-wing political ideas interacted with local separatism. Violence soon broke out.

A dispute between Socialist and Anarcho-Syndicalists escalated into a gunfight in which a number of Socialists were killed. It was foretaste of the all-out bloodbath in which Stalinists, faithful to Moscow, suppressed the Anarcho-Syndicalists, unforgettably depicted in George Orwell's Homage to Barcelona.