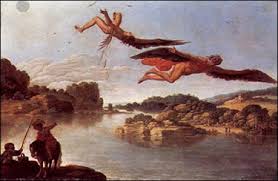 The chief civil servant at the Air Ministry was summarily dismissed in what might still rank as the worst non-political scandal to affect the top level of the Civil Service. Sir Christopher Bullock had become the Permanent Secretary to the Air Ministry before he was even forty years old and was highly regarded for his work on the modernization of the RAF.

His ministry was also responsible for dealings with the state-controlled airline, Imperial Airways, and Bullock had negotiated the contract between it and  the government for Empire air mail. In the course of the negotiations he made clear that he would like a seat on Imperial's board and to succeed Sir Eric Geddes as its Chairman. He also, quite improperly, tried to introduce the question of an honour for Geddes into the discussion. The Imperial representatives seem to have done their best to ignore  these indiscretions, but a board of enquiry of two senior civil servants and a government lawyer censured Bullock. Sir Warren Fisher, the Head of the Civil Service, who set great store by absolute probity, pushed for Bullock's dismissal.