Brutality on Both Sides in Spain 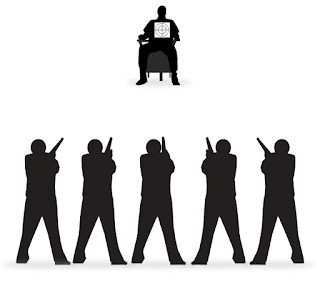 The day's crop of news from the Spanish Civil War gave the readers of British newspapers a clear idea of the brutality with which it was being waged on both sides. Coverage of Republican actions was more extensive, feeding the notion that government supporters included dangerous revolutionaries.

Two generals who had supported the insurrection were executed by firing squad for treason in Republican-held Barcelona after a formal condemnation by a court martial. The sentence had been conformed by the government in Madrid, but it was observed that Anarcho-syndicalists had taken over the court building and barred it to,all but judges. Much play was made of the fact that one of the generals had tried to obtain clemency for two Republican prisoners in the Jaca uprising of 1930.  On the rebel side, General Franco had started to use his Moroccan troops to their full capacity on the Southern front, sending detachments to surround villages, searching out suspects and shooting them out of hand.