Economy and Safety are the Watchwords in Preparations for the Coronation 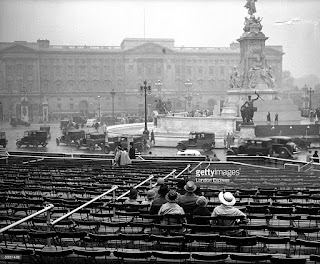 The coronation of Edward VIII in May 1937 was set to be a major event both logistically and economically, but serious preparations could only begin when the definitive route for the procession was published. The size of the crowds that had attended George V's funeral had surprised the authorities and led to confusion and disruption; they were determined to avoid a repetition.

The route of the procession was to be longer than that taken by George V in 1911, in part to give space to the expected crowds. Temporary stands erected for spectators were to be inspected for safety purposes. It was hoped that the greater scope for  such stands would help bring prices down and it was firmly suggested that hotels in London should should put their prices up by more than 50% to the event.