Early Rumblings Of The Czech Crisis 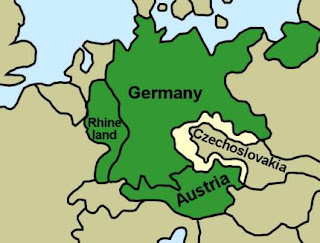 A mass meeting of the Sudeten German Party in Czechoslovakia was banned by the government. It was feared that it might take a quasi-military form on the model of German Nazi Party rallies. Under government pressure the party had changed its name the previous year from the South German Home Front, which better represented its separatist agenda. The leader Konrad Heinlein was not openly Nazi but the movement derived huge support from Hitler.

Sudetenland had never had any political identity other than as part of Bohemia despite the preponderance of German culture and language. Its inclusion in the new state of Czechoslovakia was thus the product of two anomalies and it was already recognised as one of the difficulties that Europe faced.