The King Cuts Down His Workload 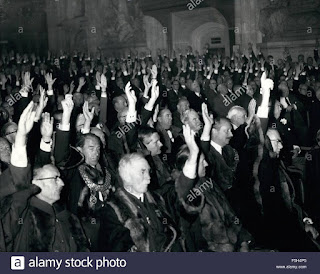 By ancient custom the new sovereign receives loyal addresses from prestigious public bodies such as the Corporation of the City of London, Oxford University, the Royal Academy of Arts &c., &c. which are "Privileged" to do this. In 1936 there were twenty of them but this has since crept up to twenty-seven today. By ancient custom each body received an individual reply from the sovereign.

This was the kind of flummery that Edward VIII loathed. He insisted that the bodies parade in a group to present their addresses to him. Even so this took two hours. He then gave a single reply to the assembled worthies. This was regarded as an immense slight at the time but has now become normal practice.