Fascist Italy Responds To Gas Allegations With Barrage Of Lies 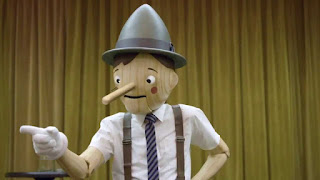 Virginio Gayda editor of the Giornale d'Italia, one of the most prominent Fascist journalists, published a long article in response to the news that Italy was using poison gas in Abyssinia, manifestly on government instructions to coincide with a meeting of the League of Nations Committee of Thirteen. He asserted that this was merely an attempt to rob Italy of the fruits of its victory and that there was no evidence to support the accusations. He did not entirely deny the use of poison gas but wrote that if it had been used this was in retaliation for Abyssinia "atrocities".

Gayda claimed that the burns apparent in photos of dead Abyssinians could have been caused by incendiary weapons or by  mustard gas that they themselves were attempting to deploy against the Italian forces. He went on to accuse the Abyssinians of having stocks of pure nicotine with which to poison wells.