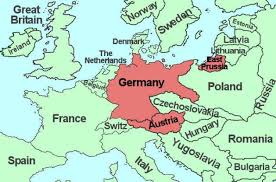 The German press worked itself into a lather of fury over stories in the British press over the last few weeks reporting German supposed German troop movements on the frontier with Austria. After the remilitarization of the Rhineland, the next provision of the Versailles Treaty that was likely to be broken was the ban on unifying Germany and Austria. The feeble response to the Rhineland move suggested that there would be little serious opposition. It was yet another direction from the peace of Europe might be threatened.

The German newspapers blamed the reports on French attempts to antagonize other countries, in practice Italy, which might be hostile to so powerful a new neighbour on its border.  France certainly hoped that tension over the issue might keep Italy and Germany apart. Whilst denying the substance of the reports, the German press argued vehemently for the right of the Austrians to make their own decision. In fact the British papers were two years ahead of the game but there was little doubt that the post-war treaty system was looking ever-more precarious.