Roosevelt Secure In The White House But Challenged in Congress 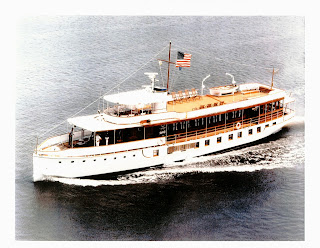 President Roosevelt returned to Washington and the political fray after short cruise on the presidential yacht, U.S.S. Potomac. His position was paradoxical with the presidency secure but huge challenges in Congress. He was certain of the Democratic nomination for the election in November and the Republicans were deeply divided over whom to filed to oppose him. He had every chance of re-election.

His fiscal policy faced severe challenges. The Supreme Court had struck down his taxes in the A.A.A. case and Congress had overridden his veto to impose payments to veterans. To cover the shortfall Roosevelt planned to tax profits retained by corporations but congressional support for the measure was anything but guaranteed.