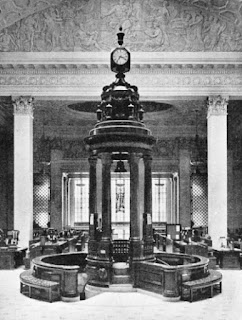 In the debate on Chamberlain's Budget of the previous Tuesday the complaints from Labour that his doubling in the duty on Empire tea penalized the less well-off were losing ground to the far more exciting possibility that an insider had made profitable use of the planned increase in income tax. There had been a surge in insurance policies taken out at Lloyds against an increase in income tax and this had started to attract attention in Parliament and elsewhere.

The Committee of Lloyds was pursuing a messy rear-guard action. There were only estimates of how many such policies had been taken out and it would require several days to look into the matter. Of course, it would have been unacceptable to deal unfairly on inside information but the outrage was directed more against the possiblity that underwriters had lost money as a result. In another sign that something serious was brewing, Chamberlain put the word about that he had wanted to say something on the question two days before but time had not allowed him to.