Another Ingredient Goes Into The Devil's Brew Of Spanish Politics 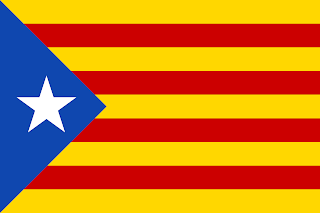 One indirect result of the Spanish general election was the formal re-opening of the Catalonian Corts regional assembly which had been suspended in 1934 following an attempt at a separatist coup d'etat led by Lluis Companys, the President of the Catalan Generalitat, semi-autonomous region. Companys had been sentenced to thirty years in prison but had been freed by the new government.

The Corts was the name of the national parliament that had begun in 1283. It was a powerful symbol of the struggle to secure Catalan national identity, which added a further layer of complexity and bitterness to the many conflicts that would soon cause civil war. Not only did Catalans aspire to independence but the movement embraced anarchist and far left elements which were anathema to the reactionary forces hostile to the young Republic.