Television And More Money For the BBC But Reith Still Unhappy


The report of the Ullswater Committee on the future of broadcasting was finally published. It went a long way towards endorsing the wishes of the BBC, which had mainly been shaped by its ambitious and autocratic Director-General, Sir John Reith. The report's recommendations included an extension of the BBC's charter to ten years, an increase in the proportion of the license fee that went directly to the corporation to 75%, transfer of political responsibility to a more senior Cabinet minister and that the BBC should control programmes broadcast over wireless exchanges, a form of rediffusion. Television broadcasting, which had begun on an experimental basis was to be given full authorization.

Reith was not satisfied with even this large measure of success and fulminated against the "miserable Ullswater report", briefing the Labour opposition against it. To some extent Reith was right to be concerned. The government ultimately disregarded the Ullswate recommendations on the key points of wireless exchanges and ministerial control, which remained in the hands of the Postmaster General. 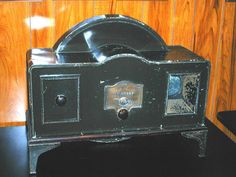