Adolf Hitler took the first step in his policy of external aggression when he remilitarized the Rhineland. Demilitarization had initially been imposed under the Versailles Treaty but Germany had accepted its continuation when it signed the Locarno Treaty in 1925. France had viewed demilitarization as crucial for its security at the time of Versailles but had withdrawn its own troops in 1930 although under Locarno this was not due until 1935. German sovereignty over the area had never been questioned.


There had been some speculation that Germany might attempt something but there had been no preliminary discussion or negotiation. The move is often cited as an example of Hitler's preference for brutal, unilateral action as a way of imposing his will on other nations although the operation was conducted in a fairly tentative fashion. The German forces deployed were relatively weak (19 infantry battalions) and Hitler would have been prepared to retreat if the French army had opposed it. There was, however, no immediate reaction. 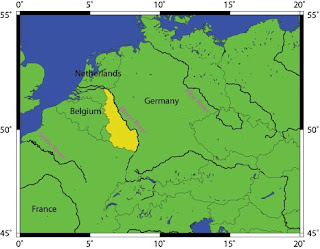