Sir Oswald Mosley addressed a huge meeting of the British Union of Fascists, who crowded the Albert Hall. In some ways it was a rerun of the notorious Olympia rally two years before. He spoke for two hours mainly about the international situation, accusing the government of having taken Britain to the brink of a war for which it was not prepared and appealed for friendship with Nazi Germany and Fascist Italy. Provided that Japan agreed not to flood British markets with cheap goods, it should be allowed to invade Manchuria. He also stated that it was the intention of British Fascism to challenge and break the power of Jews in Britain. It was one of his most unambiguously anti-Semitic statements.

There were extensive protest both inside and outside the Hall, notably from Communist groups, but the police cordon held. There were many arrests. The Blackshirt stewards beat up  protesters and threw out a group which had unfurled a hostile banner from the top gallery. 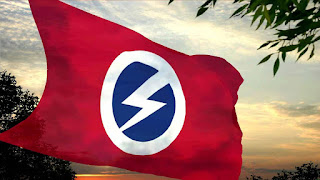